Dennis Bell is the developer and engineer of the MoonSaddle. It was inspired while consulting in California and riding a yard sale bicycle from Huntington Beach to Newport Beach on numerous weekend occasions. Dennis was a Corpsman in the US Navy, Vietnam era. Hospital Corps School was composed of many courses, including human anatomy. Being aware of the support system of the human body, he was aware of the Iischial tuberosities (sitz bones) and the perineum which is medial to the tuberosities. On occasion, when riding his yard sale bicycle, he would find relief from pressure on the tender parts by standing up and peddling. He thought at the time “If I can ride this bike standing up on the peddles, why do I need that stupid and painful nose on the bicycle saddle”! On one return trip, he sketched the idea of a noseless bicycle saddle. Sometime later one of his friends broached the subject of a more comfortable seat and that inspired him to do the research and develop a model of his noseless concept and with the use of some carving wood and an old football for the leather, MoonSaddle was born and it was awarded a US patent. It was the first production noseless saddle worldwide.

What Makes the MoonSaddle Different? Utilizes the natural support of the skeletal structure. Sculpted to ensure the protection of the delicate perineum. Positions the body’s weight rest on the ‘sit bones’ of the skeleton, rather than the vulnerable area of the perineum as with traditional nosed saddles.

Through history, we have seen many precedents established for whatever archaic reasoning.  The bicycle saddle is no exception. It is puzzling why the traditional saddle was made the way it is. Other common accessories, equipment is likewise improperly designed, but remains widely accepted. The Seat belts is a good example of initial resistance for use and later evolved into a commonly accepted accessory. High Heel shoes, Boxing, bad habits, and daylight savings time, ill timed stop lights, are all good examples of “That’s the way it’s always been”.  There are many others.

Design.  MoonSaddle was designed to better fit the human anatomy. Riding a bicycle is not a natural thing to do. The human anatomy was never made to safely straddle a cutting edge like a rail.  But we learn to adapt.  The human body is equipped with both hard and soft tissue. Basically, hard tissue is provided for support (skeleton) and the soft tissues clings to the skeleton to carry out their various functions.  Soft tissue was not made to support the anatomy, the skeleton was.  The soft tissue is composed of many vascular and nerve provisions that were never intended to be severely impacted where permanent damage is imparted.

Weight distribution on a bicycle should be shared fairly equally between the butt, legs and hands.  Too much weight on any one of these will cause discomfort. We suggest a balance of 20% on hands, 40% on butt and 40% on legs.  Riding a bicycle sitting straight up is ok for casual riding, but not for practical purposes of touring or racing.  The saddle is more of a resting or leaning fixture and is not a lounge chair. 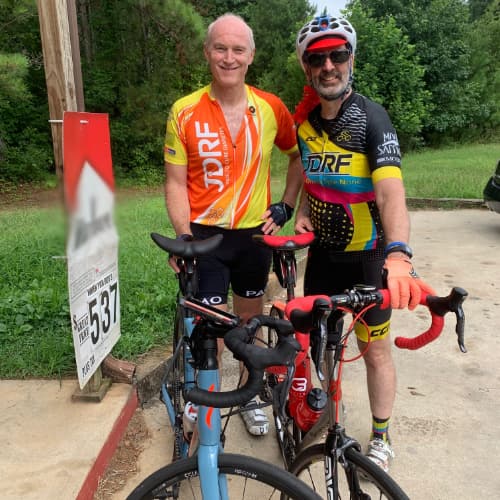 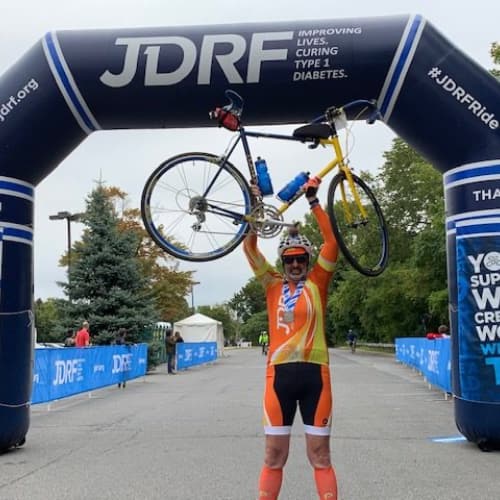 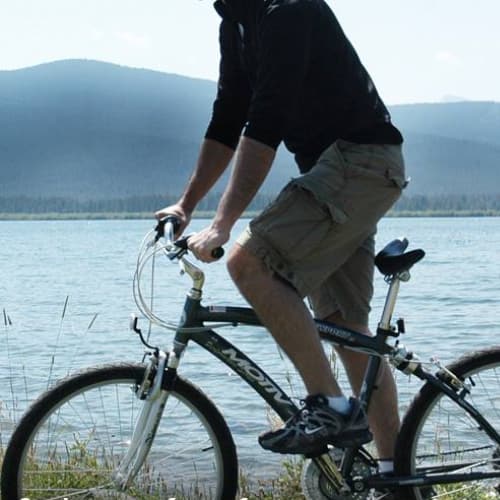 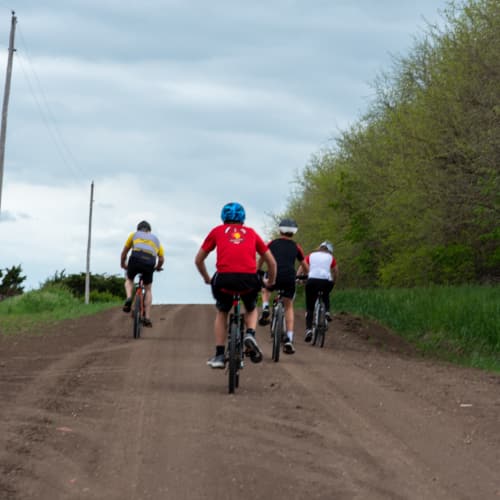 Who Is the MoonSaddle For?

The MoonSaddle is for all levels of cyclists: from competitive road racing, triathlons, and mountain biking to recreational cycling and commuting. Men who want a medically recommended saddle to protect their urinary and male anatomy. Women who want to reduce pressure, numbness, and pain on the perineum and protect the pelvic floor.

Men, women, and children who want to cycle free from the pain and numbness of traditional nosed saddles. Engineered to fit everyone from youth to adults.

This is a comparison between MoonSaddle relieving pressure on the perineum and (black saddle)
and trauma, squeezing of a conventional saddle (white saddle). 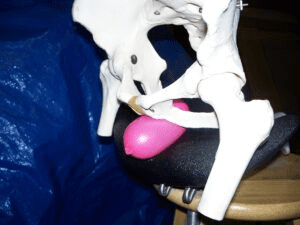 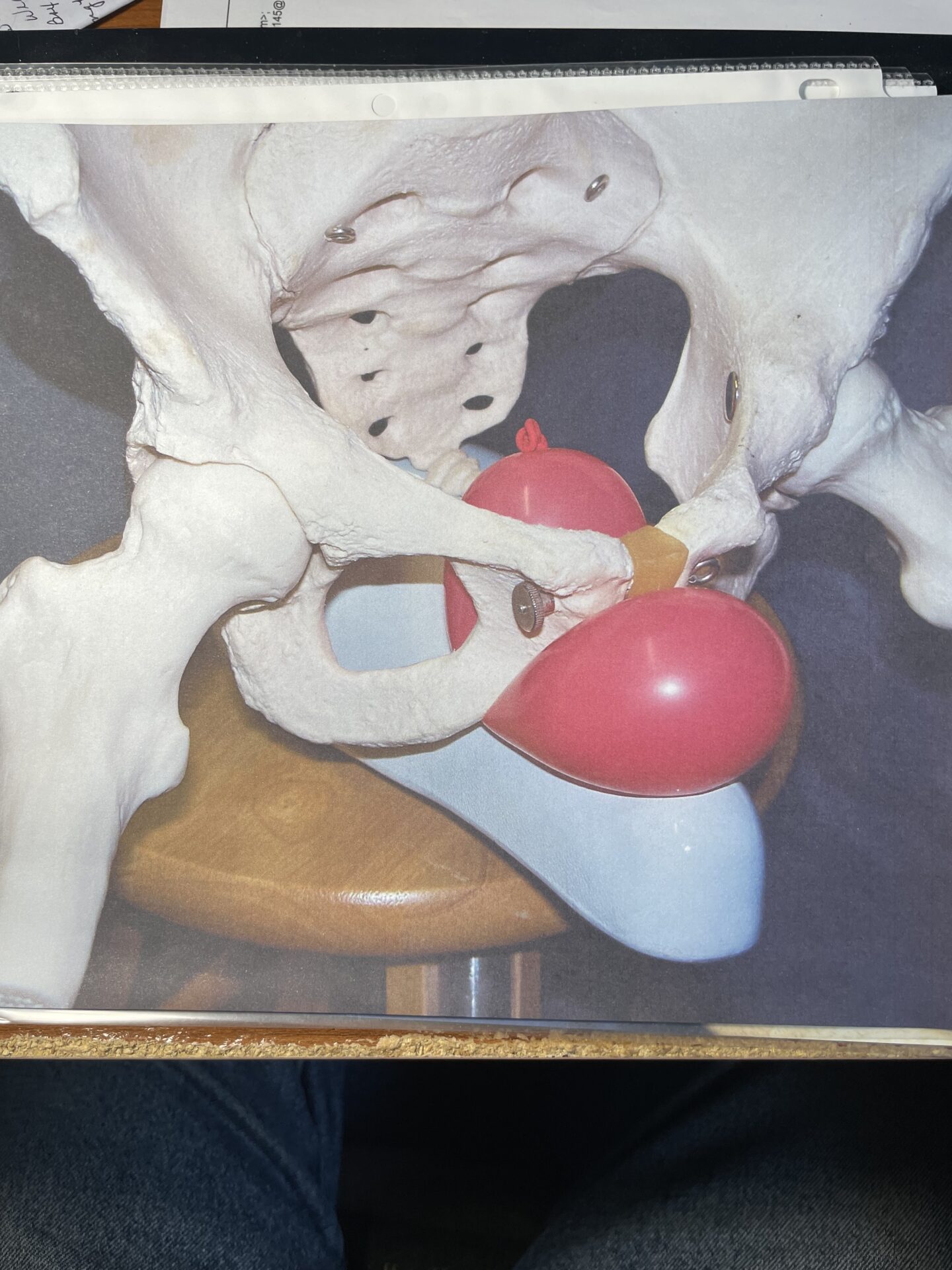 Because a bicycle saddle impacts the pelvic region of the human anatomy, it simultaneously impacts nerves, veins, arteries, periosteum of the several members of the pelvic region including the coccyx and its members.  The reproductive and alimentary parts are also impacted. The small intestine, large intestine rectum and anus in both males and females, besides the urinary systems, urethra, bladder, including all things north and south.  The vulva and reproductive provisions in females and the prostate, testicles and appendages are intensely and negatively impacted by the use of a conventional saddles with noses, including the newer attempts to alleviate the pressures and impacts by creating a lot or opening in the saddle which largely only serve as a “guillotine to the perennial members.

MoonSaddle is intentionally designed to fully relieve load impact to the perineum and tailbone while allowing of air flow through the perineum and pelvic floor, eliminating heat buildup, discomfort and the subsequent maladies such as yeast infections and prostatitis.